The Signs and Symptoms of Gastric Cancer

The Signs and Symptoms of Gastric Cancer

Cancer is one of the biggest health issues facing the world today. Not only are cases of different cancers becoming increasingly common, but this disease can also appear in many different areas of the body. And often, the rarer types of cancer may be overlooked.

However, if you know the signs and symptoms of stomach cancer, you and your doctor may be able to catch it earlier than usual. When caught early, stomach cancer is easier to treat – and offers a better prognosis.

The Earliest Signs and Symptoms

Stomach cancer is very difficult to catch in its early stages. That’s because this type of cancer typically doesn’t cause any symptoms or show any signs when it first begins. You might live for months, or even years, without realizing that anything is wrong inside your body.

When stomach cancer first starts growing inside the lining of the stomach, you likely won’t notice any changes to your everyday health. Any changes that do occur are happening deep inside the body, and they typically don’t disrupt your body’s everyday functions.

However, if any symptoms or signs do appear in the early stages, they’re often subtle.

The earliest symptoms of stomach cancer can include:

If you notice any of these changes, it’s important to talk to a doctor. These symptoms may be subtle signs of stomach cancer – but they could also be something as simple as a stomach virus. It’s a good idea to update your doctor if you’re concerned about any potential symptoms.

It’s more common for symptoms of stomach cancer to appear once the disease progresses. As stomach cancer reaches more advanced stages, symptoms start to become more common. Tumors grow in size over time and as a result begin affecting your health in noticeable ways.

So, if you notice any of the following changes to your health, you may be experiencing the symptoms of stomach cancer:

Make an appointment to see your doctor if you’re experiencing any of these symptoms. You’ll want to undergo testing and get an official diagnosis to confirm or rule out stomach cancer.

Remember, some symptoms that might match conditions like stomach cancer can really be signs of other health conditions. If you’re experiencing symptoms or unfamiliar developments in your health, the best course of action is talking with a doctor. Don’t let changes go unnoticed – it could drastically alter your prognosis or future health.

How Stomach Cancer is Treated

Once your doctor has done the necessary exams and testing to confirm that you do in fact have stomach cancer, the next step is developing a treatment plan. Your doctor will create a treatment plan that’s based on your cancer’s location, size, and stage.

There are a number of different treatments that can be used to fight stomach cancer. Your doctor may recommend any of the following, or even a combination of a few, treatment options:

These treatment options can be successful in different ways. Their success depends on your specific type of stomach cancer, and how far it’s progressed. And different types of treatments can work differently for different cases.

It’s important to discuss all of your available options with your doctor. Available treatments for all types of cancer, including stomach cancer, change often. And with new advances and research happening each year in the field of medicine, it’s a good idea to be knowledgeable. The more informed you are, the better position you’ll be in to potentially detect problems early on.

Although gastric cancer – or stomach cancer – often doesn’t exhibit early symptoms, you should know what this disease looks like. Understanding its symptoms gives you a better chance to catch changes to your health. And that could wind up making a big difference if you are diagnosed with stomach cancer. 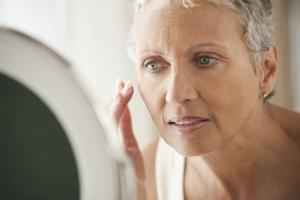 What Are the Most Popular Facial Moisturizers for Aging Skin? 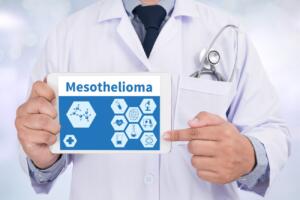 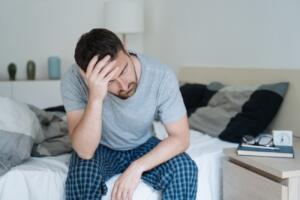 Signs and Treatment Options for Migraines