Of all the different types of cancers to exist, lung cancer is one of the most severe. According to the Centers for Disease Control and Prevention (CDC), lung cancer is the third most common cancer in the U.S. Another scary statistic is that more people die from this disease than any other type of cancer. Given the seriousness of lung cancer, it’s important that you recognize the symptoms as early as possible. You can search online to find out the early signs.

Cancer is a complex disease that has its own set of symptoms, treatments, and risk factors. Learn more about how lung cancer impacts the body with an online search.

To help, here’s a rundown on lung cancer and its symptoms.

What Is Lung Cancer?

Cancer is a disease that can occur in any part of the body. While cells are supposed to grow, divide and eventually die once they get old or abnormal, sometimes it doesn’t work out that way. Cancer occurs when cell production is out of control and the old cells don’t die when they’re supposed to. This production cancels out normal cells and prevents the body from functioning properly.

When cells grow out of control in the lung, this can lead to lung cancer. The American Cancer Society says it typically starts in the cells lining the bronchi, tubes that enter the lungs, and other parts of the lung like the bronchioles or alveoli.

There are different types of lung cancer a person can be diagnosed with.

Some other types of lung cancers include:

Lung cancer comes with its own list of unique symptoms. It’s important to note that a person with early stage lung cancer may not experience any symptoms. The Canadian Cancer Society says symptoms will appear once the tumor grows and causes changes in the body.

Signs and symptoms of lung cancer may include:

Anyone can develop lung cancer, but some people are more at risk than others. Smokers are the most vulnerable. The CDC reports that cigarette smoking is linked to as much as 90 percent of lung cancer deaths. In fact, smokers are 15 to 30 times more likely to die from lung cancer than people who do not smoke.

Your risk level of developing lung cancer can also depend on your race and sex. According to the American Cancer Society, Black men are 15 percent more likely to develop lung cancer than White men. The chances of developing cancer in a lifetime is about one in 15 for men and one in 17 for women.

Other risk factors for lung cancer include:

If someone is experiencing symptoms related to lung cancer, there are a number of tests a doctor will order. Some tests that help doctors make a diagnosis include:

Once cancer has been detected, the doctor will label it with a stage from 0 to IV. This will help them determine a treatment plan to reduce or remove the cancer entirely. Patients with cancer localized in the lungs may be able to get surgery to remove portions of the lung with cancer cells.

It’s possible that someone with lung cancer is a combination of treatments. Other possible treatment options include:

The American Lung Association reports that approximately 541,000 people in the U.S. have been diagnosed with lung cancer. The five-year survival rate is 18.5 percent, which is much lower compared to other cancers like colorectal, breast, and prostate. The good news is the survival rate is higher at 56 percent for cases detected if the cancer has not yet spread to other parts of the body. This is why early detection is crucial.

It’s important for people to recognize the symptoms of lung cancer early. The sooner you’re diagnosed, the better chance you’ll have at fully recovering. You can lower your overall risk immensely simply by not smoking cigarettes. Understanding what your risk level is will also help you determine whether it’s time to get tested. Last but not least, make sure to talk to your doctor if you’re experiencing symptoms for a proper diagnosis. 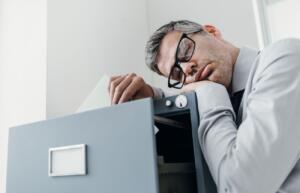