The Early Warning Signs of Melanoma

The Early Warning Signs of Melanoma

Every type of cancer is concerning, but some cancers are more aggressive – and more deadly. Skin cancer, and in particular melanoma, is one of these types of cancers. Melanoma is perhaps the most serious kind of skin cancer, as it can rapidly become dangerous. This skin cancer, if not caught and treated at an early stage, can spread from your skin cells into other organs. And melanoma often begins on skin that looks perfectly normal. Although melanoma is less common than other types of skin cancer, it’s a variety that absolutely everyone needs to be aware of.

When found early, melanoma is curable through treatment. But if melanoma goes unnoticed, it becomes increasingly harder to treat. And the risk of death increases too.

Melanoma is surprisingly common. According to the Skin Cancer Foundation, more than 192,000 Americans were diagnosed with melanoma in 2019 alone. An estimated 7,230 people died in that same year from melanoma. So, though it’s a common cancer, it’s one that requires action.

The best way to catch melanoma as early as possible? Know its causes, its signs, and its risk factors.

Cancers tend to form when something goes wrong within the body’s cells. And that’s exactly how melanoma begins to form.

Melanoma is caused by changes in your melanocytes, or the cells that produce melanin, which determine the color of your skin. Normally, melanocytes create healthy new cells. Those healthy cells push older cells to the skin’s surface – the older cells die and fall off the skin.

However, when melanoma begins, this process changes. Some cells can develop damage to their DNA, which causes them to continue growing and reproducing in an out-of-control way. Eventually, they form a cancerous mass.

Scientists and medical professionals aren’t certain what causes DNA damage to melanocytes, and they aren’t sure how it leads to melanoma. A combination of different factors, such as environmental and genetic factors, can result in melanoma.

One thing is certain, though: doctors believe that ultraviolet (UV) light is the leading cause of melanoma. Exposure to UV light, whether from the sun or sources like tanning lamps and beds, is one of the biggest factors to be concerned about if you’re worried about melanoma.

Melanoma is just one kind of skin cancer. But melanoma can also appear in a few different forms.

There are four primary types of melanoma.

Superficial spreading melanoma is the most common type of melanoma. It typically occurs either in an existing mole or as a new lesion that appears on your skin. This type of melanoma can be flat or slightly raised, discolored, and have uneven borders.

Lentigo maligna is a type of melanoma that’s often found in older individuals. It can easily become invasive and spread beyond the original cancerous spot. This kind of melanoma tends to be flat in appearance, looking like a blotchy patch of skin with uneven borders.

Most commonly found in people of color, acral lentiginous melanoma can grow in hard-to-spot places like underneath nails and on the soles of the feet. It often appears like a black or brown patch of skin.

Nodular melanoma is considered the most aggressive form of melanoma. This kind of skin cancer grows quickly and is very invasive, often spreading into deeper layers of the skin before it’s even diagnosed. Nodular melanoma can look like a bump on the skin.

Melanoma can appear in many different ways, and depending on the type that you have, it can have an unusual appearance. Sometimes, the signs of melanoma are subtle or seem perfectly normal. That’s why it’s important to know what these signs can look like – you need to keep an eye on any changes happening to your skin.

Early Signs and Symptoms of Melanoma

When you know how to recognize the early signs and symptoms of melanoma, you’re in a better position to be able to catch this type of cancer as early as possible.

Remember, finding and diagnosing melanoma early is key to survival. With early detection, your chances of curing melanoma are much higher – as high as 98 percent. The sooner you spot changes that may be linked to or caused by melanoma, the sooner you and your doctor can begin treating this cancer.

Unfortunately, melanoma can be very difficult to identify. Trying to determine what’s melanoma and what’s simply a skin change isn’t easy. Melanomas come in many forms, colors, and styles, and they can appear anywhere on the body. Some don’t even display the typical warning signs of melanoma. That’s why it’s so important to try to recognize the changes that might take place.

Here are the early warning signs of melanoma.

Look closely at your skin to see if anything new has appeared, any familiar moles or lesions have changed, or anything unusual is present. Changes like these can happen on areas of the skin that have been exposed to the sun and areas that haven’t. For example, if you notice new moles, unusual growths, or brown spots, you’ll want to notify your doctor.

While skin changes can be harmless, they can also be potential signs of melanoma. Make sure to look closely at different areas of your body to keep an eye out for changes.

The ABCDEs can help you pinpoint changes to your skin. If you notice any changes that might fall into the ABCDEs, notify your doctor so they can examine these changes and confirm or rule out melanoma.

The Ugly Duckling is another warning sign of melanoma, and it’s as simple as it sounds. If you notice a mole or lesion that doesn’t look like any other on your body, that “ugly duckling” could be a sign of melanoma.

Most “normal” or common moles on your body will look alike. They’ll be similar in color, shape, and size. However, if one particular mole stands out as different from all the others, it’s important to check that spot out. An ugly duckling could be a lesion that’s different in any way – and it’s a good reminder that you need to regularly check and keep an eye on your skin for irregularities.

Overall, it’s a good idea to watch your skin closely. Small changes, such as a new mole or discoloration, could potentially be a sign of melanoma. You should keep an eye on your skin as a whole so you can notify your doctor as you spot any changes, whether they’re harmless or cancerous.

Are You At Risk for Melanoma?

Anyone can develop melanoma. It’s a common cancer – and it can begin in anyone’s skin. But for some individuals, melanoma may be more of a risk.

Certain factors can increase your risk of developing melanoma. These factors, some of which can be controlled and some of which cannot, can affect your skin and its cells. And if you have any of these risk factors, you may want to be more cautious and more vigilant about monitoring your skin.

According to the Mayo Clinic, these risk factors may increase your odds of developing melanoma:

These risk factors don’t mean that you are guaranteed to develop melanoma. Instead, they should be reminders to be cautious and careful. If your risk of melanoma is higher, you’ll want to limit your UV light exposure and keep a close eye on your skin and any potential changes. You can also discuss your risk with your doctor, who may be able to offer more specific advice about your risk level.

Can Melanoma Be Prevented?

It’s very difficult to prevent cancer, as there’s still much research to be done on its causes and development. In particular, doctors and scientists aren’t certain what causes melanoma to form. And that means completely preventing this type of cancer isn’t yet possible.

However, some risk factors that can increase your chances of developing melanoma are known. With this knowledge, it may be possible to reduce the risk of melanoma.

One way you may be able to lower your risk of melanoma by limiting your exposure to UV light. Although it’s difficult to completely eliminate your skin’s exposure to UV rays, the Mayo Clinic recommends taking the following precautions that may help:

Above all else, you should also regularly examine your skin. The best way to limit the damage that melanoma can cause is with early detection – and you can only detect changes to your skin by taking a close look. If you become familiar with your skin, you’ll be more likely to notice changes. Give yourself a head-to-toe skin check regularly, and note any changes that you see.

If you’re vigilant, you may be able to catch melanoma in its early stages. But if you’re at all concerned about changes to your skin or your risk of developing melanoma, make sure to check with your doctor. You can schedule an appointment or discuss your concerns to better understand what might be happening with your skin. 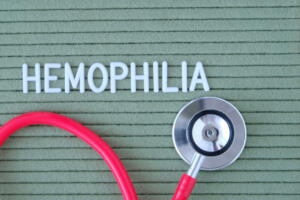 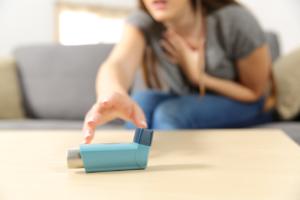 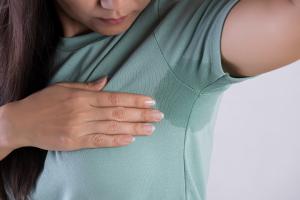 Hyperhidrosis: What It Is, Why It Happens, and How It’s Treated