According to the Centers for Disease Control and Prevention, around 30 million Americans have type 2 diabetes.1 Most patients initially stabilize blood sugar levels by eating right and getting plenty of exercise, but the body is increasingly resistant to insulin as people age.

Some great medications are out there if you’re willing to do a little research. With them, you can manage this disease and improve your quality of life.

What Is Type 2 Diabetes?

As the food is digested, carbohydrates are converted to simple sugars with glucose being the most prominent. Glucose is valuable for supplying energy to cells. Insulin is a hormone produced in the pancreas. Its job, so to speak, is to drive glucose out of the bloodstream and into cells. The pancreas ramps up production of insulin when blood sugar levels rise. This most commonly occurs after meals.

People with type 2 diabetes resist the effects of insulin, which causes glucose to build up in the blood. The pancreas works harder to produce more insulin and correct the imbalance, but it eventually falls behind and can’t catch up.

Harvard Health Publishing reports that about 1 in 3 patients rely on short- or long-acting insulin injections to manage diabetes.2

Although there is no cure to date, several treatments keep patients stabilized and comfortable every day. Here are some of the best.

Metformin is typically the first medication that doctors prescribe, especially for patients who are overweight. It slows down glucose production in the liver and enables the body to use insulin more efficiently.3

Metformin traces to a traditional European herbal remedy that contains guanidine, which lowers glucose levels. Metformin debuted in the U.S. in 1995 and it is sold as Glucophage, Glumetza, Riomet, Fortamet, and Glucophage XR.4

In addition to countering insulin sensitivity, metformin may reduce the risk of diabetes-associated problems like cardiovascular disease. It’s safe for pregnant women, but insulin is usually prescribed for gestational diabetes.

Metformin is taken orally and is well-tolerated. It doesn’t cause weight gain, but nausea and diarrhea are possible side effects that usually go away after the body builds a tolerance. Many patients who take metformin with food don’t experience side effects at all. Plus, other oral meds or injections can be combined with metformin for even better results.

Sulfonylureas were introduced in the late 1940s. They were the first meds developed specifically for diabetes. Brand names include Amaryl, Micronase, and Glucotrol.5

Sulfonylureas work by urging beta cells in the pancreas to secrete more insulin. In fact, you’ll secrete insulin all day long while taking these drugs. That’s why doctors don’t recommend this treatment for people who tend to skip meals. If your stomach is empty, there won’t be enough glucose for the insulin to process. That results in low blood sugar levels, a condition known as hypoglycemia. However, doses can be adjusted to correct that.

Eating a healthy, balanced diet is critical while taking sulfonylureas. People who grab junk food because they know they’re supposed to eat something have increased risk of weight gain on these meds.

Meglitinides — which are sold as Prandin, Starlix, and Glufast — are faster-acting, shorter-duration versions of sulfonylureas. Insulin is produced in bursts rather than secretions. As such, the two drug groups work in much the same way and have similar side effects.

The risk of hypoglycemia while taking sulfonylureas or meglitinides is greatest for older people or patients who are losing kidney function.6

DPP-4 is an enzyme that plays a starring role in glucose metabolism. When it’s inhibited, levels of a hormone called GLP-1 rise. GLP-1 stimulates insulin production when glucose levels are high.

DPP-4 inhibitors are often combined with metformin or other drugs, but they can be taken alone. They are sold as Januvia, Onglyza, and Tradjenta.7

In 2015, the Food and Drug Administration warned that these drugs might cause severe joint pain. Tell your doctor immediately if you experience this.8 Other possible side effects include upset stomach, diarrhea, stuffy nose, and sore throat.9

Compounds produced in your own gut help lower glucose levels. GLP-1 is one such incretin.

In the intestines, GLP-1 delays food absorption so injected insulin has more time to work. In the pancreas, it stimulates natural insulin release and reduces glucose levels after meals. In the brain, it suppresses the appetite receptor. That means that it takes less food to make you feel satisfied.

The problem with GLP-1 is that the enzyme DPP-4 breaks it down in less than two minutes. These injectable agonists were developed to function like GLP-1, but they are not as easily broken down. Byetta, Bydureon, and Victoza are some of the brands on the market.

Possible side effects include nausea, weight loss, and increased risk for pancreatitis. On the upside, however, research suggests that semaglutide and liraglutide may reduce the risk of stroke and heart attack.10

Until there is a cure for type 2 diabetes, you may need a combination of drugs or both drugs and insulin to control blood sugar levels.11 Whatever treatment you and your doctor decide on, make healthy foods and frequent exercise part of your daily regimen.

Could You Have Ulcerative Colitis? The Signs and Symptoms You Need to Know 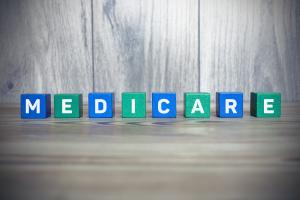 Everything You Need to Know About Medicare

The Early Signs of Multiple Myeloma