Narcolepsy, also known as narcoleptic syndrome and Gelineau syndrome, is a sleep disorder that causes excessive sleepiness in the daytime. It is a rare medical condition that roughly affects three million people worldwide. Narcolepsy can occur in both men and women. Moreover, its symptoms can start to appear at any time in life and at any age. However, in most cases, the symptoms of narcolepsy start to appear in adolescence. In the U.S., one in every 2000 people has narcolepsy, which means the disease affects two million Americans. The disorder is most common in Japan, where it affects one in every 600 people.

Narcolepsy is not just another sleep problem that goes away on its own. It’s a neurological disorder that disturbs the normal sleep-wake cycle of your brain. People with narcolepsy feel sleepy throughout the daytime and usually have interrupted sleep at night.

A normal person’s sleep cycle consists of a short period of non-REM sleep, followed by a longer period of REM sleep. This cycle continues all night, with alternating cycles of non-REM and REM sleep.

While both sleep stages are vital for a person’s brain health, it’s the REM phase during which a person goes into a deep sleep. It is during this stage where dreams occur, and it lasts anywhere from 60 to 90 minutes. In REM sleep, the brain sends signals to muscles to stay limp, preventing people from acting out in their sleep.

Narcolepsy adversely affects this normal sleep-wake cycle. People may fall asleep inadvertently and suddenly during the daytime and go into REM sleep quickly.

Because of its vague signs and symptoms, narcolepsy goes undiagnosed or misdiagnosed for psychiatric illnesses in 75 percent of the people. Untreated narcolepsy can take a heavy toll on a person’s psychological, cognitive, and social health.

Understanding the types of narcolepsy helps in identifying the disease and planning an appropriate management plan.

In Type I narcolepsy, the person experiences excessive sleepiness during the daytime and muscle weakness which triggers cataplexy. Cataplexy is a sudden, inadvertent loss of muscle tone that occurs while the person is awake. During cataplexy, muscles go into temporary paralysis.

People with Type I narcolepsy generally have lower than normal levels of hypocretin, a brain hormone with a key role in managing the sleep-wake cycle.

People with Type II narcolepsy experience excessive daytime sleepiness. However, they usually have normal levels of hypocretin and do not suffer from cataplexy.

There is no single known cause of narcolepsy. The disorder is believed to result from one or more factors.

Scientists have discovered that Type I narcolepsy results from deficiency or loss of the hormone hypocretin. While the exact reason for hypocretin loss is not known, researchers have found the role of some autoimmune disorders in causing Type I narcolepsy.

The cause of Type II narcolepsy is still unclear. However, some studies suggest that loss of hypocretin may have a role in developing the disorder. Other causes include head trauma, brain injuries, and a slight involvement of family history.

Signs and Symptoms of Narcolepsy

Understanding the signs and symptoms of narcolepsy are important so they can be managed promptly.

The most common symptoms of narcolepsy are:

It is important to understand that not all individuals with narcolepsy experience all of these symptoms.

When to See a Doctor

Only 25 percent of people with narcolepsy are diagnosed correctly, while the remaining stay undiagnosed or misdiagnosed. If you are experiencing any of the symptoms mentioned above, it’s best to see a doctor right away.

Your doctor might ask you about your sleep routine and recommend that you maintain a sleep journal. Mention any unusual symptoms you are experiencing, such as cataplexy and/or sudden episodes of sleep attacks.

Once your doctor has reviewed your sleep journal, examined you physically, and reviewed your disease and family history, you will be recommended specific tests to monitor your brain’s activity during the day and at night.

There is no cure for narcolepsy. However, its symptoms, such as daytime sleepiness and cataplexy, can be managed with medications and lifestyle changes.

The most commonly prescribed medications for controlling symptoms of narcolepsy are stimulants and antidepressants.

If you face excessive daytime sleepiness, your doctor will prescribe you a stimulant to combat drowsiness and keep you alert during the daytime. However, stimulants have side effects and carry a strong potential for abuse.

Therefore, these drugs are taken only under the supervision of a health professional.

Cataplexy is a common health concern that affects people with Type I narcolepsy. Antidepressants help fight symptoms of cataplexy. However, like stimulants, they too must be used with great caution and only under the prescription of a healthcare professional.

People with lifelong medications struggle to keep up with their normal sleep-wake cycle. It’s important to make lifestyle changes to avoid daytime sleepiness, manage cataplexy, and get a good sleep at night.

Some lifestyle modifications include:

Although a rare and seemingly trivial disorder, living with narcolepsy is not easy. However, with the correct diagnosis and right management, it’s possible to lead a normal life. If you or your loved ones are presenting symptoms related to narcolepsy, get a thorough medical exam right away. With medications and making some lifestyle changes, it’s possible to avoid sleepiness during the daytime and getting better sleep at night. 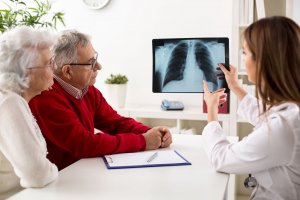