6 Eating Disorders Everyone Should Be Aware Of

6 Eating Disorders Everyone Should Be Aware Of

There’s a lot of misunderstanding out there about eating disorders. In fact, many people live with eating disorders without even realizing it, and they suffer needlessly for it.

While conditions like anorexia nervosa and bulimia nervosa are fairly well-known, they’re just the tip of the iceberg when it comes to how pervasive these disorders actually are. Indeed, approximately 30 million people of all ages and genders in the U.S. suffer from eating disorders; every 62 minutes, someone in the U.S. dies as a direct result of disordered eating [1].

Eating disorders are recognized as serious mental disorders, and they are treated as such. People who are affected by them face a variety of serious psychological, social and medical problems. Sometimes, these problems even result in death, so seeking treatment is of the utmost importance. Read on to learn more about the most common eating disorders and what they entail.

When someone suffers from anorexia nervosa, they persistently see themselves as being overweight even if they are significantly underweight [2]. Their sense of self-esteem is closely tied to their perceived body image, and they engage in activities like restricting calories and closely and obsessively monitoring their weight.

Common symptoms of anorexia nervosa include the following:

This eating disorder can prompt a variety of side effects that tend to worsen over time. A few of the most common side effects of anorexia nervosa include the following:

Over time, this condition can bring about more serious side effects. In particular, it can prompt brain, heart, or multi-organ failure that can result in death.

Bulimia nervosa, or bulimia, involves the frequent consumption of massive amounts of food within short periods of time [3]. Sufferers will continue to eat until well past the point where they are full, and they describe feeling out of control during these binge-eating sessions. After eating, someone who suffers from bulimia typically purges what they have eaten through forced vomiting, the use of laxatives or diuretics, fasting, enemas, and excessive exercise. However, unlike people who suffer from anorexia, people with bulimia usually maintain a normal weight.

Some of the most common symptoms of this eating disorder include the following:

The side effects of bulimia nervosa include the following:

In severe cases, bulimia may lead to an imbalance of crucial electrolytes like potassium, sodium, and calcium that can prompt stroke, heart attack, and ultimately death.

Only officially recognized by the medical community fairly recently, binge eating disorder is one of the most common eating disorders [4]. It’s akin to bulimia in that it involves the regular consumption of excessive amounts of food in brief periods of time along with a lack of control. However, people who suffer from binge eating disorder don’t purge or restrict calories.

Common symptoms of binge eating disorder include the following:

People with binge eating disorder are usually overweight or obese. They therefore often have an increased risk of issues like Type 2 diabetes, stroke, and heart disease.

Pica is an eating disorder that is characterized by strong cravings for non-food substances [5]. Such substances typically include things like dirt, pebbles, paper, chalk, soap, ice, and cornstarch. Although the condition can affect adults, children, and adolescents, it is most commonly diagnosed in pregnant women, children, and people with mental disabilities. It’s important to note that the condition is only considered to be pica if the behavior is not a typical part of the sufferer’s culture or religion.

People who suffer from pica have an increased risk of infection, poisoning, nutritional deficiencies, and gut injuries.

This poorly understood eating disorder is one in which sufferers initially chew food and then immediately regurgitate it. The food is usually then chewed another time before being swallowed again or spit out [6]. This activity typically occurs within 30 minutes of a meal and is completely voluntary.

Rumination disorder may develop in infancy, adolescence, or adulthood. In infants, it typically develops between the ages of three and 12 months. If it isn’t resolved, it can cause weight loss in infants as well as serious malnutrition.

Adults who suffer from rumination disorder often limit the amount that they eat — especially in social situations or in public — and therefore are often underweight.

Often referred to as ARFID, avoidant or restrictive food intake disorder is characterized by disturbed eating [7]. This usually takes the form of having a lack of interest in eating or distaste for certain odors, colors, temperatures, tastes, and textures. Originally known as a “feeding disorder or infancy and early childhood,” ARFID most commonly develops in infancy and early childhood, and it goes far beyond the typical picky eating habits that are so common among young children.

Common symptoms of ARFID include the following:

As you can see, eating disorders span a broad array of categories. Because these disorders are a form of mental illness, psychotherapy is typically a major part of treatment. This is usually combined with medical monitoring, nutrition education, and, in some cases, medication. For binge eating and purging conditions, antidepressants are commonly prescribed. Treatment also focuses on alleviating other problems that have arisen because of the eating disorder.

Since eating disorders have the highest mortality rate of any type of mental illness, the importance of seeking medical treatment cannot be emphasized enough. 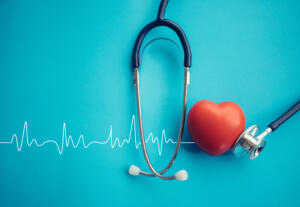