Truck Drivers Are in Demand — And Companies Are Paying Big Bucks

Truck Drivers Are in Demand — And Companies Are Paying Big Bucks

The trucking industry is facing a major shortage in skilled drivers — more than 60,000 drivers are needed to meet the country’s current freight service demands. And right now,  companies are offering higher salaries and bonuses to entice new drivers to join their ranks.

Companies need to get their goods delivered to customers on time. But with a lack of available drivers, this is becoming harder to do. That’s why these companies are now willing to offer higher pay for new drivers. And aside from the money you can earn as a truck driver, there are other benefits you might not realize.

Here are some reasons to consider becoming a truck driver.

Salaries Can Be As Much As $80K

Despite the need for truck drivers in the U.S., many people aren’t considering it as a career choice. That’s why companies are enticing workers with higher wages and bonuses to get them to apply.

When goods aren’t getting delivered to customers on schedule, companies face serious  consequences. That’s why they’re willing to pay more money to secure drivers who can deliver for their business. It’s estimated that shipping prices are costing retailers up to 30 percent more money today than in recent years.

For truck drivers in the Midwest, starting salaries can start at $80,000. These numbers can grow even higher as you gain more skills and spend more time out on the road. It’s even possible for truck driver salaries to enter six figures, like the founders of Dow Brothers Transportation in Dallas. They saw their pay double after realizing how much their skills were needed and decided to start their own business.

Truck companies are well aware of the demand. They’re experiencing record bookings and record pay per mile to obtain any driver who can make their necessary deliveries. And they’re even willing to offer high pay along with incentives like bonuses. For example, Coca-Cola has given drivers a $3,500 signing bonus because of their driving needs.

According to a report by the American Trucking Association, nearly 900,000 drivers will need to be hired to meet the growing demand. That number indicates the need for drivers will be going down anytime soon.

Many high-paying jobs require years of education and even a degree. But you can make good money from truck driving without having to get a degree. The truck driving industry is an exception – all you need is a bit of training.

Truck drivers require a Commercial Driver’s License (CDL) to start working. It’s a training program that takes about seven weeks to complete. It will prepare workers for everything they need to know on the road, including safety and business practices. Compared to other good paying jobs that require education, this is much faster and easier certification to obtain.

Many former truck drivers also end up starting their own businesses. They rely solely on the expertise gained from behind the wheel – no business degree is required. Highly skilled drivers who own their own trucks can venture off to work independently, or even begin a company that hires drivers.

Truck driving is no dead-end job. There’s plenty of potential for you to gain more experience and more jobs. You can even choose to break from companies and engage in the business as your own boss.

You Can Travel The Country

There aren’t a lot of jobs that pay you to travel, but that’s exactly what truck drivers are required to do. There are a variety of trucking routes that can take you across cities, states and coast to coast.

Truck drivers are some of the most well-traveled professionals in the U.S. On average, they will drive 2000 to 3000 miles per week. That’s a lot of ground covered in a ton of different directions, so you’ll see a lot of the world just from sitting in the driver’s seat.

Consider The Pros And Cons Of Truck Driving

If you’re in need of a job, truck driving could be a viable solution. The urgent demand for drivers to deliver goods across the country is higher than ever. That means it won’t take long to secure a job and start making a livable wage.

Many drivers describe the job as the easiest money to make without getting a degree. All that’s required is taking the time to acquire a Commercial’s Driver’s Licence. You could get hired right away, and even start being recruited from other companies asking you to come aboard.

Depending on your requested routes, you could be traveling for days at a time. In the long run, the experience could earn you higher wages and the ability to start your own trucking business.

Since the demand is so high, apply to various trucking companies and see what each place offers you. Compare the wages, incentives and work requirements before accepting an offer. When your skills are in such high demand, you have more freedom to choose the job that’s right for you. 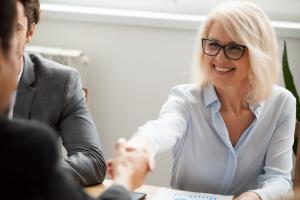 5 Part-Time Jobs That Are Perfect for Seniors 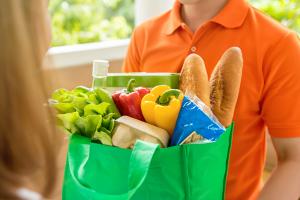