According to the U.S. Census Bureau, all the members of the baby boom generation will be 65 or older by 2029. The number of baby boomers peaked in 2011 at 78.8 million and is expected to continue declining through 2040.1 This means that, as the baby boomer population grows older, more and more senior resources will be needed. And that includes senior housing.

While more senior housing units have been built to meet the needs of this large population cohort, the demand for units has not met the number of units that are available. Though demand is expected to skyrocket in the coming years, there aren’t currently enough seniors to fill all of the available housing. And this could be great news for older adults looking for savings or affordable housing options.

Senior Housing Costs Have Been Rising for Years

Senior housing costs have been increasing since 2012 — the year after the first baby boomers turned age 65.

The senior housing cost index increased from 1.8 percent to 2.8 percent in 2018, outpacing inflation. Other growth in senior living in 2018 include:

Reasons Behind the Rise in Costs

Senior housing costs have been increasing for several reasons.

First, the huge number of baby boomers needing senior housing has led to a strong demand for senior living units since 2012. Baby boomers make up more than 20 percent of the U.S. population. As they age, many require some level of assistance to complete the daily tasks of living and to help with their medical care needs. Therefore, many seniors move to senior housing.

A second reason for the increase in senior living costs over the past decade is that Medicare and Medicaid have made changes to their reimbursements for care. Senior living facilities have also experienced increases in operational costs, leading them to raise their rates for patients.

Additionally, AgingCare reports that the increasing needs of some seniors as they age have led to rate increases.3 Some facilities raise their rates for all residents at once, but they are required to provide at least 60 days’ notice before they do so.

Rates Are Expected to Fall

While the rates have been increasing for the last few years, they are anticipated to fall. This is since the rising rates are deterring many seniors from choosing senior living.

According to a study that was published in Health Affairs, just 14 percent of middle-class seniors live outside of their homes. Among the middle-income seniors who are aging in place instead of living in senior housing, 25 percent need the type of help that is provided in senior living settings. This is because the prices have risen to the extent that many middle-income seniors have simply been priced out of the market.4

More Senior Housing Is Being Built, but Demand Is Lacking

Even though more senior housing is continuing to be built, demand for the units is lacking.

Seniors Who Act Now Could Save Significantly

Senior living facilities will have to lower their prices to attract more seniors. This means that acting now may allow people to save money.

If you believe that you might need to find affordable senior housing, you might be able to save significant amounts of money by shopping around. Comparing the rates at different senior housing facilities and taking time to research might help you to find great deals on senior housing. 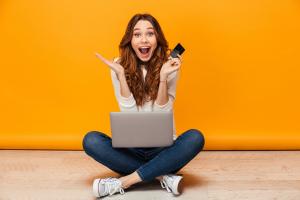 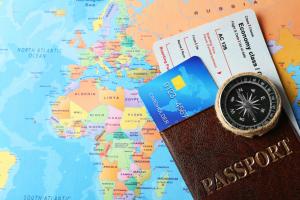