Today, SUVs are the most popular vehicles on the road. Drivers are choosing SUVs over other options, and automakers can’t seem to make new models fast enough.

And SUVs aren’t cheap. Strong SUV sales are driving auto prices up. In 2019, the average price of a full-sized SUV climbed to $62,542¹. But fortunately, there’s a new trend happening: deep discounts and big incentives.

If you’re looking to save on a new SUV, you need to act now. There are two factors driving prices down, giving you the chance to score a steep discount. Here’s why – and how – you can save.

Dealerships Have Way Too Many Cars On the Lot

One reason why discounts are suddenly appearing on SUVs is a sudden surplus. Almost every auto dealership is carrying a huge excess of cars.

Dealerships are facing something of a crisis. They have far too many vehicles on their lots – and every one of those cars needs to be sold. Right now, experts are estimating that dealerships can’t sell the ever-increasing number of vehicles sitting on their lots.

This increase in excess inventory means dealerships are struggling to make sales. The longer vehicles sit unsold on the lot, the more important it is for the dealer to get rid of them. Dealerships have to pay to keep cars on their lots – so a single car sitting around for months, or even a year, can be problematic.

And new cars are arriving constantly. The Detroit Free Press³ explains that last year, many leased SUVs began returning to dealerships. With even more 3-year leases due to end this year, more and more almost-new SUVs will be returned. Those off-lease SUVs, which will have almost identical designs and features as brand-new models, are going to create tough competition.

Adding even more pressure on dealerships are the new models that arrive throughout the year. Because drivers love SUVs, automakers are creating more and more new models to try and attract business. However, this leaves dealerships with a huge surplus of cars, with no buyers to purchase every one of these vehicles.

This means automakers are facing a tough choice, according to J.D. Power⁴: stop producing new cars or lower prices and offer deals. And right now, the only way dealerships can make sales is by offering huge incentives.

Sales Are Falling and Competition Is Increasing

But an excess of vehicles isn’t the only reason dealerships are lowering prices. They’re facing another big problem: drivers aren’t buying new cars.

In addition to new models and off-lease SUVs arriving, customers simply aren’t making any purchases. Auto sales are down across the industry. The News Wheel⁵ reports that, for the first time since 2014, U.S. auto sales won’t hit 17 million vehicles sold.

Americans simply aren’t buying new cars. Leasing has become a popular option for many drivers, and some just can’t spend tens of thousands of dollars on a new SUV. But no matter the reason, people aren’t buying SUVs – or new cars of any kind – as much as just a few years ago.

And this means automakers are in competition with each other. They all want to be the brand to sell you a new SUV. But, in order to catch customers’ attention, that means they have to offer something special.

While many automakers have unveiled new models, new features, and all kinds of updates to their SUV lineups, drivers still aren’t buying. So, they’ve recently started trying a different tactic to attract your business: incentives.

According to The Morning Call⁶, incentives for SUVs started increasing in January. And now, with even more vehicles to sell and the next model year arriving at dealerships in the fall, incentives are expected to become even better for buyers.

With all of these factors happening right now at auto dealerships across the country, there’s no better time to buy an SUV. There are plenty of models to choose from. And with pressure on dealerships to make sales, the incentives and discounts are increasing, giving you the chance to score a great deal on the SUV you’ve always wanted.

Incentives, deals, and discounts are only going to deepen to attract buyers like you. According to The Morning Call⁷, automakers start advertising big discounts and incentives after a car’s been on a dealership lot for 75 days. And if you’d like to score these deals, you need to act now.

Make sure you do your research before you buy an SUV at your local dealership. You should always search online to see what kinds of incentives are being offered by different automakers. You can also search for current deals from dealerships near you on your favorite SUV models. With that information, you’ll know where to shop – and which models you can save the most on. 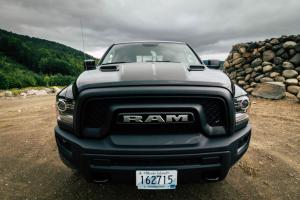 Check Out The 2020 Ram Truck Lineup 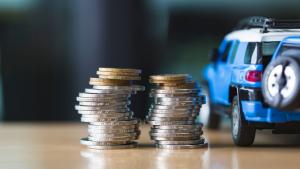 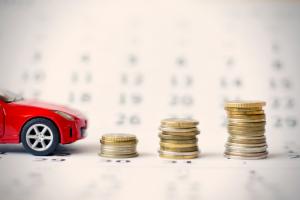 How Savvy Drivers Are Getting More Out of Their Auto Insurance