Ford’s F-Series trucks have been a go-to favorite of truck enthusiasts, contractors and fleet owners for several decades since the sturdy line of pickups was first introduced in 1948. The F-150 joined its F-Series brethren in 1975, rumbling onto the work-truck scene as a burly, chrome-trimmed youngster. By all appearances, the years have been kind to Ford’s iconic workhorse; it’s matured gracefully, yet remains young at heart.

2018’s Ford F-150 has arrived, ready to serve the needs of a contemporary and discerning truck market, suitable for hauling trailers, equipment or just about anything else. An MSRP of $27,610 for the base F-150 compares well with its rivals from Chevy and Dodge, which are priced similarly for base models. Moving up in trim level and adding some options, it’s possible for the F-150 price to more than double. Fortunately, most of the comfort and utility needed by average folks can be had for less.

Unlike your dad’s or granddad’s sometimes cantankerous Ford, the 2018 F-150 is a truck for nearly everyone — it’s not an acquired taste. From truck enthusiasts to contractors to suburban mall-dwellers, everyone seems to look right when they climb into the F-150’s cabin. And it gets the job done — whatever that job might be — in modern Dearborn style.

With the exception of the 3.5-liter twin turbo, all of the currently available engines have been fine-tuned for 2018, adding always-welcome horsepower and torque, or improving efficiency.

The F-150 is available in the below options:

In addition, a diesel (reportedly a 250 hp 3-liter v6) is expected in spring of 2018, paired with the buttery-smooth ten-speed tranny.

EcoBoost engines sport twin turbos, enhancing both power output and torque, while offering modest fuel efficiency gains. These are full-size trucks, ready and able to carry or haul, so it’s fair to expect higher fuel consumption than the family car parked on the other side of the driveway.

The 3.3-liter base engine comes with the six-speed auto, now familiar to most who have driven late-model F-150s. Engines above the base use a ten-speed auto, first introduced in 2017, improving smoothness and executing shifts so gracefully you might not even notice. In 2017, the ten-speed was only available with the 3.5 liter EcoBoost engine.

While technically a carryover from 2017, the 3.5-liter twin turbo offers arguably the best performance and overall value of the optional engines for the standard Ford F-150 models. This torquey and spirited engine helps the F-150 reach an advertised 13,200-pound towing capacity, the highest towing capacity of any vehicle in this class, and a meaningful increase over 2017’s 12,500-pound towing capacity. Expect to add about $1,600 to the price tag for the 3.5-liter EcoBoost, which puts out 375 hp and pushes an empty-bedded F-150 to 60 mph in under six seconds.

Less demanding towing needs are met by other available engines, including the 2.7-liter V6 EcoBoost, which tows up to 8,500 pounds and improves on fuel efficiency as compared to the 3.5 EcoBoost. The 2.7 twin turbo adds about $1,000 to the sticker over the base 3.3-liter engine — but proves highly capable for most tasks and returns handsome dividends over time in the form of cost savings at the pump.

If by chance you’ll be towing with your F-150, the Max Trailer Tow package can beef up your new ride with engine oil and transmission fluid coolers, a bigger gas tank (36 gallons — up from 23 to 26 gallons, depending on trim level) and an electronic locking rear axle. The package also includes trailer backup assist, which replaces the anxiety required for backing a trailer with a simple knob on the dash that magically steers the trailer. This helpful feature saves time and frustration, and makes towing concerns a thing of the past.

Expect similar fuel consumption from most of the F-150 engine choices, with a predictable dip in fuel efficiency for the beefy 5 liter V8 and the High Output EcoBoost V6 bolted into the Raptor. The breakdown for MPG is as follows:

Buyers budgeting on a lower cost of ownership through fuel savings can opt for the six-cylinder engine options and still find competitive levels of performance. Of note, Chevy does manage better fuel efficiency than the F-150 V8 with the Silverado 1500 V8, the F-150’s primary competitor.

Available trim levels remain unchanged from 2017, even with the arrival of new engines and features. Many individual features can be added without moving up in trim level or as part of value packages. The MSRP for each trim level is as follows:

The 2018 facelift for the Ford F-150 includes a spiffy new grille, which flows nicely with the overall design and, subjectively, improves upon the less-sleek fascia of the 2017. The base XL model sports a modest black grille, while moving upmarket in trim brings the chromed bling. Subdued but attractive new wheel choices add to the rugged-yet-modern look without detracting from the F-150’s unmistakable persona. You won’t need to check for a blue badge to know this is a Ford truck.

Recent builds also bring a changeup in construction material. The cab and bed have been switched to lightweight aluminum panels, boosting both fuel economy and performance. Of course, concerns over the body rusting in humid or severe climates are laid to rest as well. The aluminum-clad F-150 is up to 700 pounds lighter than previous generations. Beneath the lightweight skin, a high-strength steel frame keeps the F-150 durable and rigid.

In standard form, the tailgate is not damped, dropping like a stone when opened — just a bit like your dad’s or granddad’s Ford pickup — but without the bounce. The bed is high, ranging from 34 inches to 37 inches, but an optional tailgate step is available for those who aren’t natural-born mountain climbers. Space-saving and inconspicuous pop-out side steps are also available as an option.

Climbing into the F-150, drivers are treated to a spacious, well-designed cabin with a generous flip-top center storage console and several smaller bins and cubbies throughout the cabin to stash your miscellaneous goodies and doodads.

The F-150 comes in Regular, SuperCab and SuperCrew layouts, with the SuperCrew being the largest of the cab options. Outstanding legroom for front and rear passengers in the SuperCrew and a flat floor without a center hump add to the spacious feel. A fifth passenger sitting in the middle rear no longer feels like they’ve been relegated to the worst seat. Rear jump seats flip up in a jiffy when not in use and lock securely against the rear of the cab, providing more interior storage room for tools, gear, groceries or whatever else you might want to keep handy and safe from the elements.

The quality of the interior scenery varies by trim level, with the XL (base) trim making heavy use of plastic, easy to clean but less attractive than other trim levels. Moving up in trim brings more luxurious interior appointments, including leather and even options for massaging seats and a panoramic sunroof. You might never want to get out of the truck.

Road noise is also quite low in the interior, reducing driving fatigue and allowing conversation without shouting. Outward visibility to the rear and sides is very good, particularly in the SuperCab and SuperCrew, which provide large expanses of glass forward of the B-pillar.

Vehicle buyers coming from family cars or even some SUVs may find the road manners of the F-150 to be truck-like, even with the more luxurious trims. As a reminder that this is indeed a truck, the live rear axle can get unsettled, causing occasional jittering, particularly on washboard surfaces. Harder cornering or quick corrections on slick or unpaved surfaces might cause the tail to wander and wag a bit. However, around town and on the highway the F-150 behaves well, brakes confidently and provides a generally comfortable ride — if not a plush ride.

All-wheel drive brings more stability and prowess off-road and on snowy roads, but is among the more expensive options at $3,375. For some northern areas, AWD is a must-have feature for the F-150.

A slower steering ratio helps to minimize unexpected oversteer, but at the expense of maneuverability. The F-150’s wide turning radius doesn’t help the situation. If you need to negotiate a tight space or turnaround, expect the F-150 to need a bit more time to process your request than a car or smaller pickup.

Enthusiasts are already familiar with the F-150 Raptor, a special edition which, as its name suggests, is the untamed version of the F-150. In Raptor form, the 3.5 liter twin turbo runs wild with 450 horsepower and 500 foot-pounds of torque clad in a widened aluminum body. Paddle shifters add to the fun in this beastly behemoth that rockets to 60 in 5.1 seconds. Aggressive custom styling is matched to an engine and suspension that live up to the visual hype. The Raptor is an off-road force of nature, a specialty vehicle that doesn’t pretend it’s a standard truck.

A long list of safety features and options — as well as on-board entertainment upgrades — serve as more reminders that the F-150 is a truck designed for the modern buyer. Safety features include:

Audiophiles and tech-savvy buyers will appreciate the entertainment and connectivity options for the Ford F-150, including audio by Bang & Olufsen. Ford’s SYNC or SYNC 3 systems offer voice-activated controls, a large touch screen and several configurations for speakers. Also available is an Infotainment package which adds the option of 4G LTE Wi-Fi. Options to connect with Amazon’s Alexa are available and systems can support Android and Apple smartphone connectivity, as well as FordPass, which adds functionality for conveniences such as remote start/stop, lock/unlock and vehicle stats.

The 2018 Ford F-150 is a Top Safety Pick of the Insurance Institute on Highway Safety. Testing for the National Highway and Traffic Safety Administration (NHTSA) hasn’t yet been completed, but the 2018 Ford is expected to meet or exceed the five-star overall safety rating it earned in 2017.

Odds are good that buyers considering the F-150 are also kicking the tires on the Silverado 1500. These automotive rivals have been duking it out for decades. There’s rarely a loser since the winner always comes down to which truck meets the individual buyer’s needs and provides the best value.

Interior trim and materials are subjective, but Ford gets the edge on interior appointments and design. Both manufacturers outfit the various trim levels nicely — but Ford slightly edges out Chevy in most opinions.

Like Ford, Chevy offers a V6 in its base Silverado 1500. Chevy’s 4.3-liter, 285 hp V6 is bested on paper by Ford’s 3.3-liter, 290 hp engine. In real-world performance, the difference in performance is likely negligible.

Ford’s most fuel-efficient setup is its 2.7 liter EcoBoost, providing a fuel-sipping 22 mpg combined city/highway. To be fair, the V8 and Raptor engines aren’t nearly as thrifty with gas. Chevy’s V6 and eAssist V8 both deliver 20 mpg combined.

At this time, Ford beats everyone else in this class in towing capacity, with a max of 13,200 pounds with the EcoBoost V6. Chevy pulls 12,500 pounds. If you’re pulling less weight, either truck will get the job done.

Max payload is also higher for the Ford, with 3,270 pounds as compared to Chevy’s 2,250. Again, if you use your truck like most folks, either rig will carry more weight than you have in the back.

The Ford vs. Chevy debate is as old as time — and it won’t be settled today. Both are great trucks. In most cases, it comes down to which one fits you better.

Ford’s iconic F-150 was a great overall pick in 2017, and it’s still great in 2018. Through a decades-long evolution, Ford has fine-tuned the full-sized workhorse, bringing modern amenities, enhanced performance and great looks to the age-old North American tradition of hauling stuff around in a pickup. 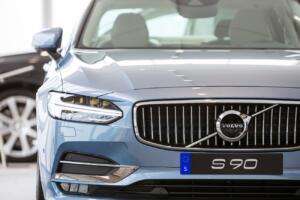 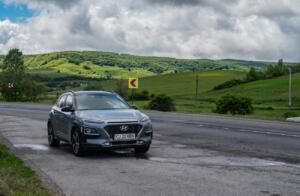 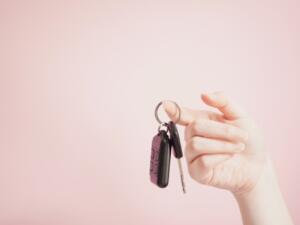 Everything To Know About Applying For Auto Loans