Ah, the smell of a new car! Many people find the aroma of a new car so enticing that they seek it out — even when it’s not in “new car” form. Think of all the air fresheners and sprays touting available that mimic the smell of a brand-new car.

But as host Ben Bowlin discovers in this episode of BrainStuff, that new car smell comes not from one single substance, but an amalgamation of different things. And some of those substances can be downright dangerous.

While scientists aren’t sure exactly why a new car smells so appealing to people, they do know what it is. The materials used to make a new car’s interior include polyurethane or polyester, which are known for their ability to withstand temperature changes and general wear and tear. These materials, along with all the other paints, plastics and sealants, release volatile organic compounds (VOCs) into the air during a process known as “outgassing.”

The VOC molecules eventually evaporate, but not before tantalizing our nostrils with that new car smell. The downside is that these VOCs can be hazardous, particularly because they are released inside a car interior where they don’t dissipate as well as if they’d been released outdoors. These “indoor” VOCs are particularly potent, and the Environmental Protection Agency recognizes them as being 10 times more powerful when in a confined space.

Researchers have investigated the problems some of these VOC chemicals can cause. Ethyl benzene and formaldehyde, found in paints and glues, can cause headaches, allergic reactions, dizziness or cancer when inhaled in large quantities for a long period of time.

Even so, experts don’t agree on exactly how harmful a specific compound can be, let alone the effect a combination of these compounds can have on people. The do, however, know that most of the VOCs decrease over time, although some will reassert themselves on a hot day.

To check the health of your car’s interior, you can check with nonprofit groups such as the Ecology Center, which releases an annual analysis of toxic chemicals in cars. The guide includes information about the chemicals released over time in car interiors.

As for our love of that new car smell, the truth is that it’s just a smell — like any other odor we associate with something. If the experience of luxuriating in a new car’s interior weren’t so positive, would we associate a new car smell with such pleasantness? Probably not. And we probably wouldn’t try to recreate the smell in our old cars, either. Buh-bye, tree-shaped air fresheners. 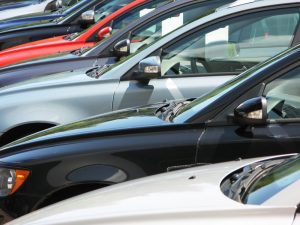 Your Guide to Choosing the Best Luxury Crossover Vehicle of 2020 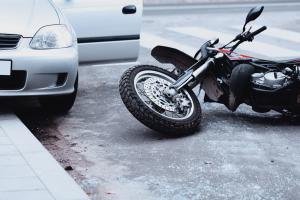 If You’ve Been Involved in a Motorcycle Accident, Here Are the Steps You Need to Take 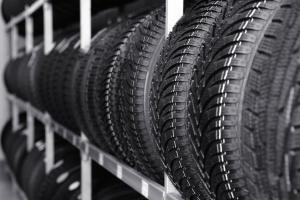 How to Save Money on New Tires By Shopping Online