The Galaxy S9 has some interesting specs and features such as a Super Slow-mo camera mode, an iris scanner, and a fingerprint sensor. Some of the general specifications of the S9 are as follows:

An additional special feature of the Samsung Galaxy S9 includes the Bixby digital assistant that can read news, search by voice, and even identify objects within view of the camera while in use. Yet another unique feature of the S9 is its IP68 water resistance that can allow it to be submerged nearly five feet deep and still function.

If you are interested in learning about the Samsung Galaxy S9, it is possible that you currently own an older version of the Galaxy, such as the S8 or older. While many of the S9’s features are similar to the previous S8 model, there are a variety of features that have changed or seen upgrades.

Perhaps the biggest improvements on the Galaxy S9 compared to the Galaxy S8 are found in its cameras. For example, the 12 MP rear camera lens on the S9 has variable aperture that allows it to adjust the lens opening to account for variations in light. By being able to adjust its own lens, the Samsung Galaxy S9 is able to shoot impressive pictures in not only daylight but can also take striking photos in low light, being able to reduce noise/distortion in low light environments and highlight detail. In fact, the low light photos of the S9 can allegedly feature up to 30 percent less visual distortion than the S8’s pictures.

The S9 also features new shooting modes on its cameras, such as a mode that can automatically start recording video in slow motion when the camera identifies motion entering its focus. Additionally, with the help of Bixby, the S9 has a food feature that can allow the camera to identify food in front of you and provide nutritional information and calorie totals.

The Samsung Galaxy S9 comes with a 3,000mAh battery that can be fast charged using a USB-C cord. The battery can reportedly last up to 20 hours and nine minutes under relatively light use, but under moderate use, you can expect the battery to last about 15 hours, with the battery life decreasing more with heavy use, such as frequent HD video streaming.

The Samsung Galaxy S9 retails at about $720 for the 64 GB version, with prices lower if purchased through select carriers under a contract or trade-in. The 128 GB option has a standard price of $770, and the 256 GB version can be purchased for $840. Most wireless carriers offer monthly payment options that allow you to pay off the phones over a two-year period. This option would make the S9 about $30/month for 64 GB, just over $32/month for 128 GB, and $35/month for 256 GB.

S9 Versus the Competition

Another big competitor to the S9 is the LG G7 ThinQ. The LG G7 ThinQ retails for about $750, which is in between the 64 GB and 128 GB S9 price. The G7 ThinQ beats out the Galaxy S9 in camera megapixels, with a 16 MP rear camera with an additional 16 MP wide-angle lens. However, the G7 ThinQ’s solution to low lighting is a Super Bright mode that makes images four times brighter while cutting image quality to 4 MP, which does not seem to beat out the S9’s brilliant variable aperture lens. Battery life of the two phones is comparable, and the other primary difference is the G7’s bigger screen at 6.1 inches.

One of the last major competitors to the Galaxy S9 is the Google Pixel 2. The primary specs between the two phones are quite similar, but the raw features of the S9 tend to beat out the features of the Pixel 2. One major advantage the Pixel 2 has over the S9 is its video stabilization, which allows the Pixel 2 to record steady video even while the user is walking or making other movements that can cause shaky video. The Pixel 2 also wins on price, retailing at about $650. Other differences include no headphone jack on the Pixel 2 and a bigger display on the S9.

The Samsung Galaxy S9 sets the industry standard for features such as its camera. Its internal specs are certainly worth noting as well, but in terms of its comparison versus other Android phones, it tends to be fairly comparable on many fronts. Against Apple’s phones, the S9 will likely not win over the hardcore Apple fanatics but can certainly intrigue and win over those on the fence between the iPhone X/8 Plus and the S9.

In general, if a top-quality rear camera is your main desire on a smartphone, you should look no further than the Samsung Galaxy S9. If you are concerned about price while still wanting similar internal power, you may want to consider options such as the Google Pixel 2.

At the end of the day, the S9 is an industry-leading smartphone that has definite improvements over its predecessor, the S8. With so many smartphones that attempt to enamor the market with special proprietary features, though, the appeal of the S9 over competitors largely depends on how you plan to use your phone on a daily basis. 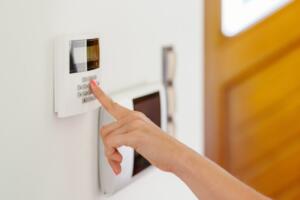 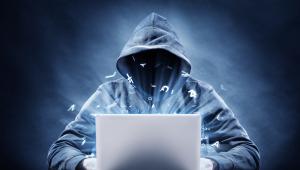 The Most Common Identity Theft Scams 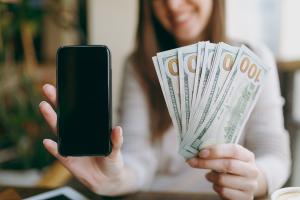