Choosing the Right Cable TV and Internet Packages for You

Choosing the Right Cable TV and Internet Packages for You

Cable providers have never needed your business more than they do right now. Streaming video services, such as YouTube, Hulu, Netflix and Amazon Prime, now offer more content than ever.  In the fourth quarter of 2019 alone, AT&T lost a whopping 1.16 million customers. Comcast also fared poorly, losing 149,000 customers in the same period. The cellular providers have also upped their game, with improvements in network speed and coverage and the introduction of affordable unlimited data plans.

For some people, a mobile phone with an internet connection provides all the content they could ever want. Others, though, still prefer the speed, reliability and predictable pricing of a traditional cable TV and internet bundle. If you’re a member of the second group, now is the perfect time to start a new cable plan. With the cable companies desperate for new customers, you’re certain to get a good deal.

In this comprehensive guide, we’ll provide the information necessary to help you make the right choice.

How to Choose a Cable Provider

In a 2018 USA Today list of America’s most hated companies, CenturyLink and Comcast both ranked within the top 20. Some of the typical reasons why people complain about cable companies include poor speed and reliability, difficulty canceling service, high termination fees and poor customer support.

Before opening an account with a cable company, you should learn everything you can about the quality of that company’s customer service. Do all of the company’s call center operators work in the United States — or just the sales staff? If you have a problem with your service, will the company dispatch a technician promptly? Will the company make it difficult for you to cancel your service and return leased equipment?

You should choose a cable company that strives to give you a great experience.

Paying a single monthly price for a package that includes both TV and internet access is often a great way to save money. However, a package deal may include many extra channels that you don’t want. Compare the available bundles carefully to confirm that they’ll actually cost less than a package with only the channels you want.

Today, though, non-cable TV and internet services are better than ever. LTE cellular networking is available in much of the United States. Plus, many wireless providers now include free video content in their plans. T-Mobile, for example, gives its customers access to free streaming Major League Baseball games. AT&T includes streaming HBO Max programming on select unlimited plans.

You have choices. So make sure to use them to your advantage in negotiating the best possible plan with a cable provider.

AT&T TV is an all-in-one service that provides you with live TV, 40,000 on-demand titles, and access to apps such as HBO Max and Netflix. Their service is easy to set up because it does not require a satellite dish, cable box, or appointment. After setup, you can stream on your devices at any time.

AT&T will deliver this service with express shipping for free. Plus, customers can record up to 500 hours of simultaneous programs on the DVR.

The AT&T TV service can be bundled with internet for $89.98 per month. Bundling these two services can save you $20 per month on a one-year agreement. Along with live TV and strong internet connectivity, this package will give you three months of Showtime, Starz and Epix at no extra charge. You can also receive a $100 AT&T Visa Reward Card by purchasing this service online.

There are a good number of tiers to choose from if you want more channels. Moreover, AT&T will give you one year of HBO Max free with a minimum purchase of the Choice package.

XFINITY became the brand name for Comcast’s digital TV, internet and phone services after a 2010 rebranding. The rebranding proved successful as Comcast reported annual revenue of $109 billion in 2019.

The XFINITY X1 Double Play is Comcast’s bundle that includes both TV and internet services. It includes access to the XFINITY Wi-Fi network, allowing you to get internet access on a mobile phone without using your data allotment in many locations. The bundle starts $79.99 per month for the first year. However, your price may be higher if you lease your modem from Comcast or choose an internet download speed higher than 200 Mbps.

With its 2016 acquisition of Time Warner and Bright House, Charter became the second-largest broadband provider and the third-largest TV provider in the U.S. Charter Spectrum is available in many of the nation’s major metropolitan areas, including New York, Detroit, Honolulu, Atlanta, Reno, Los Angeles and Seattle. As the network grows, Spectrum’s availability will expand to include more rural areas.

Charter’s base bundle costs $89.98 per month for the first 12 months. This bundle includes TV and internet service.

While the bundle may cost more than what other companies charge, it comes with a few perks that most other providers don’t offer. For starters, the plan has no contract, so you can cancel any time. Even better, Charter doesn’t charge a modem rental fee.

The bundle includes access to nationwide Wi-Fi access points and a free DVR for the first year. Perhaps the most impressive feature that Charter offers is that the company will pay your early termination fee of up to $500 if you’re currently under contract with another carrier.

All plans include internet speeds of up to 200 Mbps. The phone service includes nationwide calling with no long-distance charges and no limits.

Cable service is available from Cox Communications in 18 states. The top metropolitan areas served by Cox include the San Diego, Las Vegas and Phoenix areas.

Starting at $64.99 per month for the first year, Cox TV and internet bundles are highly customizable. While Cox doesn’t require you to include telephone service in your bundle, doing so adds no additional monthly cost during the introductory period.

On top of their TV, internet and phone services, Cox offers home automation and security monitoring.

The $64.99 Cox TV Starter, Internet Starter 10 and Voice Premier bundle includes 75 TV channels. At that service tier, you’ll enjoy internet speeds up to 10 Mbps. Cox also offers TV plans with up to 250 channels and internet plans with download speeds up to 940 Mbps. You can mix and match the plans.

If you add phone service, you’ll get unlimited calling within the United States, Canada and Mexico.

Since DISH is a satellite provider, you can receive service if you can find a dish mounting location with a clear view of the southern sky. DISH is available in many areas, including rural.

Since DISH is a reseller of internet service — and what’s available depends on where you live — the DISH website doesn’t discuss pricing. If you want to purchase a bundled service, you’ll need to contact DISH for details.

DISH TV service starts at $59.99 per month, and the price for the service tier you select is guaranteed for two years. Each package includes a DVR and a remote with voice recognition. The base package includes 190 channels.

Since the service includes a satellite dish, you will need to pay an early termination fee if you decide to cancel.

With scattered coverage areas around the United States, Cable ONE is one of America’s smaller regional cable providers. Idaho is Cable ONE’s largest market with coverage in more than half of the state. The company also has a presence in North Dakota, Mississippi, New Mexico and several other states.

Some major cities that Cable ONE serves are Omaha, Wichita and Tallahassee.

If you exceed your allotment in a given month, you’ll probably experience slower download speeds for the remainder of that month. With included online streaming, you can watch TV content on any device, wherever an internet connection is available.

There are two additional packages that will give you more data and a higher Mbps at a higher cost.

Since Cable ONE requires no contract, there is no early termination fee if you decide to cancel your service.

However, it’s not available in all markets. Some of the markets in which Fios is available include New York, Washington, D.C., Baltimore and Philadelphia.

It’s easy to mix and match your desired TV and internet plan. Bundled plans start at $89.99 per month. If you are a Verizon Wireless customer and have the company’s unlimited wireless plan, consider adding home phone service for an additional $20. This plan will include 125+ channels and internet with download speeds of up to 200 Mbps. At higher prices, you can get 425+ channels and up to 940 Mbps download speeds. For a limited time, you could get Disney+ free for one year and Hulu for up to one year on select plans.

If you’re a video streamer or have a job that requires an internet connection with fast upload speeds, Verizon Fios is the best internet service if it’s available in your area. Owing to the incredible bandwidth of fiber optic cables, Fios offers upload speeds that match its download speeds.

Frontier Communications is one of America’s largest providers of telephone and DSL internet services. The company has expanded its internet service offerings in recent years by buying network infrastructure from Verizon and AT&T. Frontier even bought a portion of Verizon’s Fios network and now provides fiber optic services in Florida, Texas and California.

Since the company doesn’t own traditional cable lines, Frontier isn’t a cable TV carrier. Rather, Frontier provides streaming TV service over its phone and fiber optic lines. While the company does provide service in some major cities, rural areas have long been Frontier’s primary markets. You can get Frontier DSL internet service in many areas that might otherwise have no access to terrestrial broadband service.

Because Frontier provides internet service over standard phone lines, most of the company’s bundles include phone service. However, an internet-only plan is available. Starting at $27.99, it offers speeds up to six Mbps. Plans including both internet and phone service start at $37.99 monthly. You will also have to pay an additional $10 for the router Wi-Fi service fee.

The Frontier website doesn’t discuss TV plans in detail because what’s available depends on where you live. If you live in an area where Frontier Fios is available, you can receive streaming TV service over your fiber optic line. Frontier Vantage, a service that streams TV over DSL lines, is available in other areas.

Contact Frontier to find out exactly what’s available in your area and how much it will cost.

During the days when wireless providers severely limited the amount of data that customers could utilize each month, many consumers felt as though they had no options when trying to choose the best cable, internet and TV providers. If one company owned the infrastructure, there was no choice. In those days, you could either put up with high prices and poor customer service, or you could do without terrestrial broadband internet access.

Today, though, the tide has turned in favor of the consumer. Unless you live in an extremely remote area, it’s likely that you can get unlimited wireless data for about the same monthly rate as cable internet access — and that means you have a choice. Use that power to negotiate the best possible deal when you open an account with a cable provider, and if the provider fails to deliver on its promises, threaten to cancel your service. Since you can always switch to wireless internet access, your threat will carry weight — and no cable company wants to lose a subscriber. If you politely but firmly utilize your power to the fullest extent, you’ll enjoy the best possible service that your local cable provider can give you. 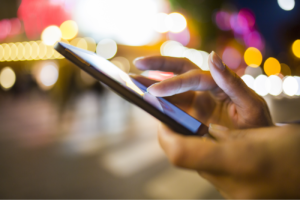 These Programs Could Get You A Free Cell Phone 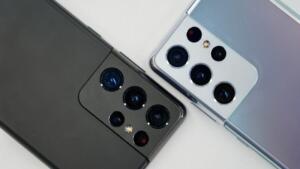 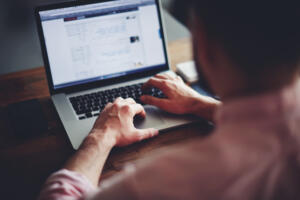